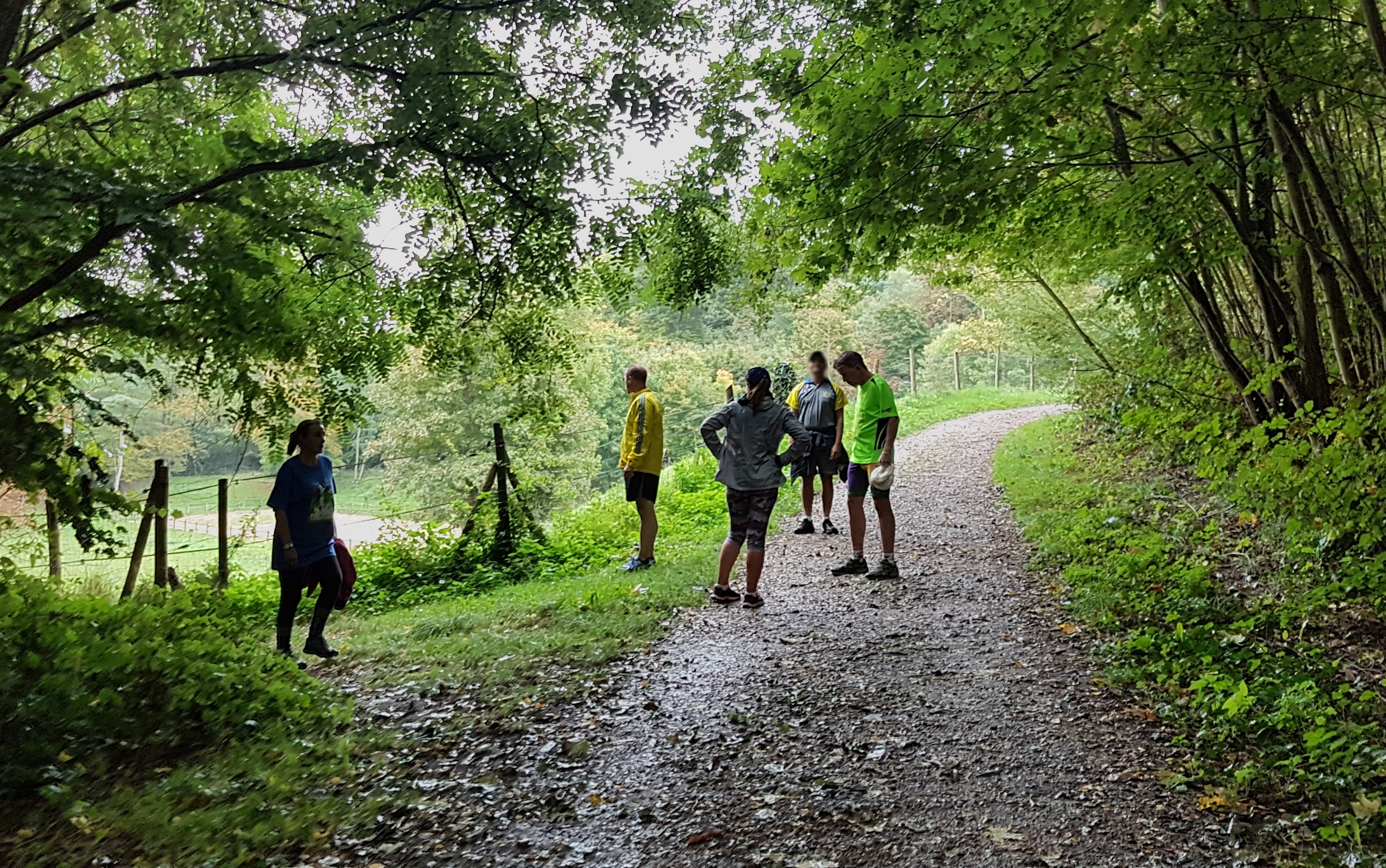 Founded in April 1993, the Sans Clue Hash is one of 2000+ Hashes around the world. Hashing started in 1938 in Kuala Lumpur, Malaysia, when a group of British officers and expatriates began meeting to run together on Monday evenings, thus ridding themselves of the weekend’s excesses.

What happens on a Sans Clue Hash Run ?
One or two volunteer members of the Sans Clue Hash – called Hares – lay a trail with chalk or flour markings in Paris or its suburbs. A chalk mark or flour blob is laid every 20-30 meter or so to indicate the trail. The Hare(s) marks the trail in advance of the run. The runners and walkers following the trail are called the Pack or Hounds.

During the run you will discover different markings (arrows, drawings, circles) leading you on (or off) the right trail. For example, a large plain white circle is called a « Check » which means the group must find hidden markings in a 100 Meter radius.

All markings are explained by Hares at the 2pm start of every Hash.

While looking for markings, you may hear Hashers shouting: « Are You ? ». If you are searching for markings you can reply, « Checking ».
If you find the right markings on trail, you will need to shout to your fellow Hashers: « On On ».

What are Circles and Down-Downs?
After the run has finished, the Circle and Down-Down ceremony starts. Everyone circles together and individuals are called out by the Religious Adviser (RA) to drink Beer (or according to preference; wine or water) in a Down-Down. You may be required to perform a Down-Down for being a first-time runner, visitor or for no reason at all. Everyone participates.

Circles are fun but can be raucous and ridiculous, so be warned! After the Circle, Sans Clue Hash provides food & drinks and/or we hit a bar or bistro.